Capt Martin Lloyd Sanders served in multiple senior leadership positions within the Program Support Center (PSC), Office of the Assistant Secretary for Administration (ASA). Previously, he served as the Director of Safety, Emergency, and Environmental Compliance at the Federal Occupational Health (FOH/PSC). In this role, Capt Martin Lloyd Sanders managed a portfolio of safety, environmental policy, and emergency management services and regulatory had oversight for the Department of Health and Human Services (DHHS). 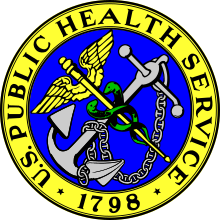 Capt Martin Sanders also served as the DHHS Chief of Safety. In this role, he had regulatory oversight for the more than 80,000 DHHS employees worldwide. His responsibility included directing all regulatory interactions regarding occupational health and safety for the Department with the Department of Labor (OSHA).

Prior to these roles, Capt Sanders served as Director of Division of Environmental Health Services for Federal Occupational Health (FOH); Director of Occupational Preparedness and Emergency Response for FOH; and (acting) Director for the FOH FedStrive integrated occupational health and wellness program for HHS employees.

A veteran of the US Army, Capt Martin Lloyd Sanders served as Chief of Biological Threat Assessment and Chief Intelligence Officer for the 520th Theater Army Medical Laboratory where he led the development of global national bio safety, bio security, and emergency management training programs. He also served as co-director of Laboratory Safety Graduate Program Development of the Center for Public Health Preparedness at Emory University.

Disclaimer: This site was prepared by Martin L. Sanders in his personal capacity. The opinions expressed are the author’s own and do not reflect the views of the USPHS, the Department of Health and Human Services, or the United States government.