Capt Martin Lloyd Sanders was an Executive Committee member and senior editor for the 5th edition of “Biosafety in Microbiological and Biomedical Laboratories (BMBL)” where he received multiple decorations for his efforts. 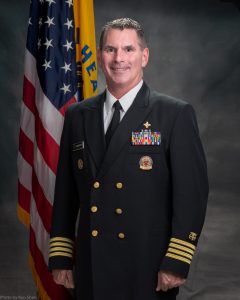 Recognized for his efforts to prevent and contain biothreats, Capt Martin Lloyd Sanders supports international biosafety and biosecurity efforts world-wide. Notably, he supported the Office of Global Health Affairs (OS) in their counter-proliferation efforts by serving as its technical auditor for different biotechnology projects. He also graced the International Conferences on Biosafety and Security in Moscow as a keynote speaker for the years 2005 and 2006.

Capt Martin Lloyd Sanders was also appointed to the Senior Advisory Panel for the International Council for the Life Sciences (ICLS). In this role, he oversaw the development of international biosafety infrastructure in the former Soviet Union and the Middle East. This role earned for him multiple decorations.

Additionally, Capt Sanders served as Chair of the Chief Professional Officers Board, the Scientist Professional Advisory Committee (SciPAC) and the PAC chair board. His activities and accomplishments earned him the Derek Dunn Memorial Senior Scientist of the Year for 2007.

He continues to be active in various multiple Commissioned Corps support efforts.

Awards (additional in Honors and Awards)